Who are “the Fathers” mentioned by Malachi? 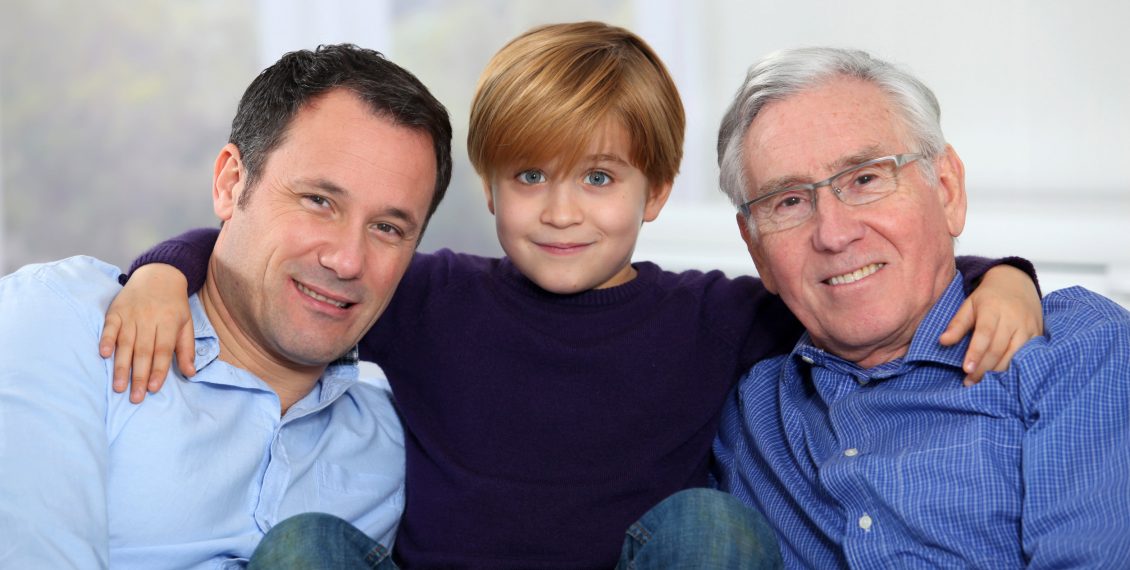 A week or two ago I was listening to a podcast where someone mentioned that in Malachi 4:6 where it talks about the hearts of the children turning to the fathers, it was a reference to the ancient patriarchs like Abraham who made covenants with the Lord. I hadn’t thought of that before. I’d always thought about it in context of more “recent” ancestors like those you would do immediate genealogy for. That certainly applies, but I wanted to learn more about this.

Searching for the Fathers

So I did a search for:

This yields 82 results. I wanted an exact match with quote marks because Malachi 4:6 uses that phrase. Searching for only the word “fathers” yields 737 results. Too much to study to find what all of those verses said, and the fruits of studying my core search were really fascinating as you’ll see below.

While typing this I thought I should do a search for “their fathers” which resulted in over 200 results, and I saw a lot of one particular phrase so I redid the search to remove “house of their fathers”.

This dropped the result count to 90 and a lot of these verses were references to “God of their fathers” so I removed that phrase to see what was left.

That removed 20 verses in the Old Testament. These verses are related to this topic but I just wanted to find verses that really supported item 3 on my list below. I was able to find a few more verses that tied right into this notion that in the scriptures there is a strong correlation to “the fathers” being righteous covenant making patriarchs. Now that might sound like, “OK yeah, sort of obvious,” but what I will share below was really emphasized when I saw the verses all together and could see the patterns they were making.

Who are “the fathers”?

In reviewing all the verses in the first set, I saw 3 uses of the term fathers. Others may categorize them differently but here’s my list.

Individual Fathers of Righteousness or Wickedness

2) It’s also used quite often to label ancestors who passed down wicked traditions to their children (Exodus 20:5; 34:7). There are obviously righteous fathers who pass down the right traditions as well, but many scriptures say the Lord “visits” (punishes) the iniquity of the fathers down to the 3rd and 4th generation. This is very clearly explained why in D&C 123:7

D&C 123:7. It is an imperative duty that we owe to God, to angels, with whom we shall be brought to stand, and also to ourselves, to our wives and children, who have been made to bow down with grief, sorrow, and care, under the most damning hand of murder, tyranny, and oppression, supported and urged on and upheld by the influence of that spirit which hath so strongly riveted the creeds of the fathers, who have inherited lies, upon the hearts of the children, and filled the world with confusion, and has been growing stronger and stronger, and is now the very mainspring of all corruption, and the whole earth groans under the weight of its iniquity.

The wicked pass on their wickedness and it becomes more and more gross, filling the earth until a couple things happen. They become “fully ripe” in iniquity, and then typically cast the righteous out. At that point they have nothing the Lord needs to protect (his righteous children among them) so the judgments of God come upon them as a mercy to future generations who would be raised in abomination. This is illustrated in many places but here’s one:

It’s tragic that today, children are being taught to hate in our public schools. They are given lists of reasons that they are oppressed by others which obviously creates hatred and class warfare.

One of the fascinating things I saw about this 2nd classification is that in spite of the scriptures saying the Lord visits iniquities upon the 3rd and 4th generation, he also states that individuals are accountable for their own actions and only punishes the iniquity of an individual (Deut. 24:16).

I found Ezekiel 18 to be an amazing chapter which details these laws of whom the Lord punishes. If there is a righteous father with a wicked son, or a wicked father with a righteous son, only the wicked are punished. It made me realize that when the Lord “visits the iniquities” of the fathers upon the children, it’s because of what D&C 123:7 says: the wicked traditions get passed down and it creates generational depravity which is what the Book of Mormon illustrates over and over talking about the wicked “traditions of their fathers.”

Great and Noble Fathers who Obtained Keys by Covenants with God

3) The key for this topic though, is this last use of “the fathers” as the righteous ancestors who pierced the veil and obtained covenants direct from the Lord regarding their posterity (Abraham 1:2). When Malachi wrote that the children’s hearts would be turned to their fathers, it makes total sense to me now. These promises obtained by Abraham and others essentially turn our hearts to renew and re-engage the covenant blessings. In the Joseph Smith translation (JST) of the Bible, Malachi 4:6 is changed from “smite the earth with a curse” to the purpose of “the whole earth would be utterly wasted at his coming.” The whole point of these ancient patriarchs making these covenants was to pass down righteous traditions to their children so they would abide in the covenants they made and qualify for their same blessings they received.

An instance of this is the promise to Adam that there would be a redeemer sent (Acts 13:32-33), and Adam obtained promises concerning his posterity in D&C 107:42. That also ties into Malachi 4:6 as a promise to the Israelites before Christ that they could also look forward to a redeemer coming. However, the Jews refused to see this promise as fulfilled when Christ came. 2 Peter 3:4 points out they questioned this promise, denied Christ (in the JST version), and said nothing has changed since the beginning. These promises obtained by covenant by the fathers are so important that Jesus reiterates the promise to the Nephites (3 Nephi 25:6) and to Joseph Smith through Moroni (D&C 2:2). He finally sent Elijah who held the keys of these promises to restore them to the earth (D&C 27:9; 110:15).

What these Fathers obtained through their covenants, were keys from heaven to unlock blessings on the earth. They were among the noble and great ones (Abr. 3:22; D&C 138:55) who came to earth with pre-mortal covenants to receive these keys and came to this last dispensation to restore the keys to turn our hearts toward those promises they themselves obtained from God.

D&C 112:32 For verily I say unto you, the keys of the dispensation, which ye have received, have come down from the fathers, and last of all, being sent down from heaven unto you.

They obtained these blessings and performed these works for their own salvation and OURS. Their hearts were turned to their future posterity. We now have these keys on earth because of the restoration of these keys to modern day prophets who were also among the noble and great ones and sought diligently and sacrificed to bring them to us. We are only made perfect in Christ by covenants they obtained, under keys they obtained, which in our day, the day of the children, they have restored to us.

There are a number of scriptures that support this notion. Abraham himself was told by the Lord:

Abraham 2:10 And I will bless them through thy name; for as many as receive this Gospel shall be called after thy name, and shall be accounted thy seed, and shall rise up and bless thee, as their father;

To enter and walk in the covenant path is to not only take upon us the name of Christ, but to remember Abraham’s promises apply to us as well.

Galatians 3:29 And if ye be Christ’s, then are ye Abraham’s seed, and heirs according to the promise.

That promise is the Abrahamic covenant to which our hearts turn.

The Right of Blessings

Another interesting thing that stood out to me was in Abraham chapter 1.

When Abraham was going to be sacrificed by his father, he saw it was “needful for [him] to obtain another place of residence.” Talk about a major understatement…

2. And, finding there was greater happiness and peace and rest for me, I sought for the blessings of the fathers, and the right whereunto I should be ordained to administer the same; having been myself a follower of righteousness, desiring also to be one who possessed great knowledge, and to be a greater follower of righteousness, and to possess a greater knowledge, and to be a father of many nations, a prince of peace, and desiring to receive instructions, and to keep the commandments of God, I became a rightful heir, a High Priest, holding the right belonging to the fathers.

I’m not going to try and unpack everything from verse 2 here. Every phrase is practically a separate sermon. However, I want to point out that Abraham “sought” for the blessings of his spiritual fathers, the righteous patriarchs, and then “became” what he sought. Verse 3 explains what he sought was the right of the firstborn from before the foundation of the earth.

Two things are apparent from this.

1) The critical need for Nephi’s family to have the Brass plates in the new world so they would know the blessings the fathers received that were available for them. This would give them the faith that they too could obtain a priesthood to bless their posterity.

2) This may also be an indication of some of the plain and precious truths removed from the Bible so we would not have this understanding until the book of Abraham, Book of Mormon, and Doctrine and Covenants were given to us to restore these truths.

It seems apparent to me that Malachi’s promise to turn the hearts of the fathers to the children, and the children to the fathers is far more than genealogy and temple work for our ancestors. The rights of the fathers for which we seek are all contained in Jesus Christ from before the foundation of the world. Jehovah assigned keys and covenants to great and noble spirits in heaven which were realized on earth. The keys have been restored in our day to unlock the covenant path each of us must travel to obtain these same blessings Abraham and others received. Abraham was one of these great and noble ones and we honor him as a spiritual father inasmuch as the covenant he made by great sacrifice to follow God’s will, is the same arduous covenant path we must walk to obtain the same blessings. Making covenants isn’t enough. Seeking the greater light and knowledge which is promised to us is the goal.

(Featured Image by Goodluz at 123rf.com)

The Power of a Beautiful Quote

Giving Thanks and Storing it in a CN

Begin to see Hebrew in scriptures without even knowing how to read Hebrew!

How Long Should We Study the Scriptures?

Previous Post How do I get more Revelation (Part 2) Next Post How Can I Stay Motivated Studying my Scriptures?